Aristotle is his work “Poetics”, often uses Sophocles’ “Oedipus Rex” as a paradigm for the application of his Poetic theory in a tragedy.
Oedipus
Objective Data:
Undesirable pregnancy from both parents.
While in his mother’s womb, his father Laius plans his death in an active and direct way with the passive and indirect consent of his mother Iokaste.
Immediately after his birth he experiences an awful and enormous physical pain because his ankles were pierced through the bone.
This body intrusion apart from painful is dangerous as well, because there is a considerable chance of infection (there were no antibiotics back then).
However, Oedipus survives!
His parents consider his presence extremely dangerous. To eliminate this danger, they order a Theban shepherd to take baby Oedipus and abandon him at an isolated mountain, for him to die.
The shepherd moved by the newborn Oedipus, pities him and disobeys the royal couple’s order. Thus, he gives away the baby to a Corinthian shepherd who serves king Polybus.
Polybus and his wife Merope adopt Oedipus and raise him as their own child.
Many years pass and at some point Oedipus meets a drunken guy, who tells him that he is an illegitimate child.
His stepparents deny this.
Oedipus, driven by this piece of information, asks for a prediction from the oracle at Delphi.
The response of the oracle forces him to permanently leave Corinth and wander in the country.
At a three-way crossroads he meets king Laius with his escort of four men and a fatal fight takes place.
Oedipus believes that he has killed them all, but in reality one has escaped.
He is the same Theban shepherd who saved his life when he was a baby.
As he continues wandering the country, he reaches the city of Thebes.
He solves Sphinx’s riddle; he becomes a hero, then a king and gets married to his mother Iokaste.
His people believe that he is enlightened by the Gods.
He has with his mother - queen two daughters and two sons.
When the big plague strikes the city of Thebes, he sends Creon to Delphi to get a prediction from the oracle, i.e. he appears to be a kind and popular king who, as the Chorus suggests, has to act in order to maintain the “Savior” status he possesses.
When he hears the oracles prediction from the mouth of Creon, he declares/swears that he is not afraid of the truth and that he cares more for his people than his life.
He promises to find the murderer of Laius as if Laius was his own father.
Furthermore, he thinks that the murderer could someday kill him as well.
The citizens of Thebes demand that the seer Tiresias comes to indicate the city’s infector (miasma).
Tiresias comes and ascribes to Oedipus full responsibility for the city’s troubles.
Oedipus denies listening; he gets insane and accuses Tiresias without having any proof.
For Oedipus, Creon has conspired with Tiresias to get the throne from him.
Tiresias foresees awful things to happen and leaves by disregarding Oedipus’s provocative and aggressive behavior.
Despite Creon’s effort to bring him back to reason, Oedipus continues his paranoid accusations.
He doesn’t listen to any logical arguments and needs the pacifying intervention of Iokaste to stop the dispute.
Iokaste tries to calm him down by lapsing into hubris.
Oedipus consents and thus lapses into hubris as well, but in an indirect way (he has the presence of his introverted mother).
During all these events, Oedipus changes attitude towards his responsibility for the city’s troubles and the murder of Laius and lapses in a direct way into hubris (now, he has also the presence of his introverted father).
Through the conversation between the messenger (Corinthian shepherd) and the Theban shepherd, it is revealed that Oedipus is indeed a patricidal and has married his own mother with whom he has had four children.
The mother – wife commits suicide.
Oedipus blinds himself by piercing his eyes, because, according to his own words, there is nothing more to see that can give him joy.
The citizens of Thebes show compassion for his misfortune.

Psychic Structure:
Experience of rejection throughout the pregnancy period, which foreshadowed his certain death.
The threat of death he experienced was real, because his parents planned to actually kill him when he would be born and thus, it wasn’t just the recall of a recording in the reptilian brain.
Since the beginning of the animal kingdom, one of the recordings in the reptilian brain is the belief that the abandonment of oneself by his/her mother leads to death due to lack of protection.
Oedipus’ parents feel hatred towards the fetus, because its existence is a threat for them (the oracle predicted their child will kill Laius and marry Iokaste).
Accordingly, Oedipus as a fetus feels hatred towards his murderous parents as well.
He experiences imprisonment in a situation, which is unfair and consequently hates his imprisoner.
In his adult life he is very sensitive to rejection and every time someone rejects him he projects onto him/her his introjected parents.
He experiences rejection as being unfair and threatening, he then becomes insane, he creates illusionary enemies and hates them.
Moreover, every time he feels that he is treated in an unfair way (or he fantasizes so), he regresses to that first injustice he experienced in his mother’s womb and afterwards when he was born, he then feels hatred towards the person who is unfair to him, he goes ‘mental’ and attacks.
The attack is expressed either indirectly (arrogance, irony and underestimation even of godly inspired people and oracles) or directly by the act of murder.
His murderous hatred gives him superhuman power, just as it happened with Laius and his escort: he got paranoid and killed four men although he was alone and handicapped).
His two introjected biological parents are murderers and merciless.
To be able to survive, as a newborn baby, he had to manipulate the Theban shepherd, so that he would not be abandoned at the mountain.
This manipulation, aimed at receiving care and acceptance, continued with Polibus and Merope resulting in them becoming his stepparents.
His two introjected stepparents are compassionate.
In his adult life Oedipus has a huge need for acceptance and recognition. This need, together with his capacity to manipulate people makes him very popular.
Moreover, having to be manipulative from such an early age he has become very perceptive as well.
In his adult life he becomes manipulative or permits others to manipulate him.
As a newborn baby, in order to be able to bear both his physical and emotional pain, he creates his own reality.
Given his endometrium trauma, due to rejection, he comes to this world with an ocular block and develops splitting as his main defense mechanism of his ego.
In his adult life, he does not see nor listen the reality. His ocular block is so intense that in the end Oedipus physically blinds himself.
The recording of acceptance and caring has been done by the introjections of his saviors: the shepherds, Merope and Polybus.
In adult life, when he feels accepted, and real care is given to him, (thus he re-experiences the care he received from his stepparents), he is reminded of his biological parents’ rejection. He then regresses to the extreme pain induced by this trauma, resulting in him preferring not to have been given this care in the first place.

Emotional Pattern:
​Fear of death due to rejection.
Creation of a false reality in order to cope with the fear and pain induced by this rejection.
Hatred both due to his introjected parents’ hate towards him and due to the recording of his own hate towards his murderous parents.
In order to survive he has a huge need for acceptance, which is fulfilled through manipulation and compassion.
Every time he feels accepted his ocular block is stimulated.
This results in him unconsciously creating the conditions for being rejected and thus for his emotional pattern to repeat itself.
This block is so intense that he lapses into hubris either in a direct or an indirect way.
The pain induced by his trauma comes from rejection, which rejection leads to certain death.
Iokaste
Objective Data:
Iokaste is the Queen of Thebes and was Laius’s wife, with whom she had Oedipus.
She consented for Oedipus to be murdered when he was a newborn child.
Then, when Oedipus solved Sphinx’s riddle and became the King of Thebes, she became his wife.
With Oedipus she had four children.
Because the text of the tragedy does not provide us with many objective data concerning her life, we will just mention her two psychic parts that appear on stage.Her sole concern is protecting her interests in order not to lose her privileges.
During the events of the play she protects her interests by:She plucks out her hair with her bare hands and commits suicide.

Psychic Structure:
We have no information concerning her introjected parents because, as it was mentioned before, there are no data in the play about her childhood.
But from the few objective data we can conclude the following:
None of her needs have been satisfied because her parents abandoned her emotionally.
In her adult life, she will do anything to hold on to the thing that gives her satisfaction.
She projects her parents onto any object that questions her source of pleasure and feels anger towards it.
She feels hatred for her coldhearted parents.
In her adult life she feels hatred towards anyone who abandons her, even if the abandonment exists only in her mind.
Her hatred is so strong that she lapses into hubris and abandons her children.
She never had a normal symbiotic relationship with her mother.
In her adult life she is excessively egocentric, i.e. she desires for the whole world to revolve around her and for everyone to serve her.

Emotional Pattern:
Fear of death due to abandonment (lack of care).
Desperation due to abandonment.
Hatred towards the one who abandons her.
Repression of this hatred along with manipulation in order to get the care she needs to survive.
Compromises with whatever reassures her survival, even if this is a plan to kill her own child in a painful way.
Desire for the existence of a symbiotic relationship and through it fulfillment of the needs of her incomplete egocentric part.
Anger towards anybody who cares for her in an adult way (Tiresias, Creon), because she desires for her childish needs to be fulfilled (she wants to remain Queen).
Manic expression of her hatred.
The pain of her trauma was created by the early emotional abandonment.
Tiresias
Representative of the God (see: The Gods on Ancient Greek Tragedy).
Creon
Because the text of the tragedy does not provide us with many objective data concerning his life, we will just mention his sole psychic part that appears on stage.
Creon is the adult reference point that tries to bring Oedipus back to his senses, although Oedipus neither ‘sees’ him nor listens to him.
His arguments are always grounded in an adult way.
He could have been scared and still use the same arguments towards the furious Oedipus. But, the fact that he behaves and speaks in an adult way is substantiated in the final scene of the tragedy, where he doesn’t disrespect Oedipus; on the contrary, he takes care of everything, even his children and the burial of Iokaste.
Theatrological Elaboration: Panos Mavitzis
Psychotheatrological Analysis: Panos Mavitzis 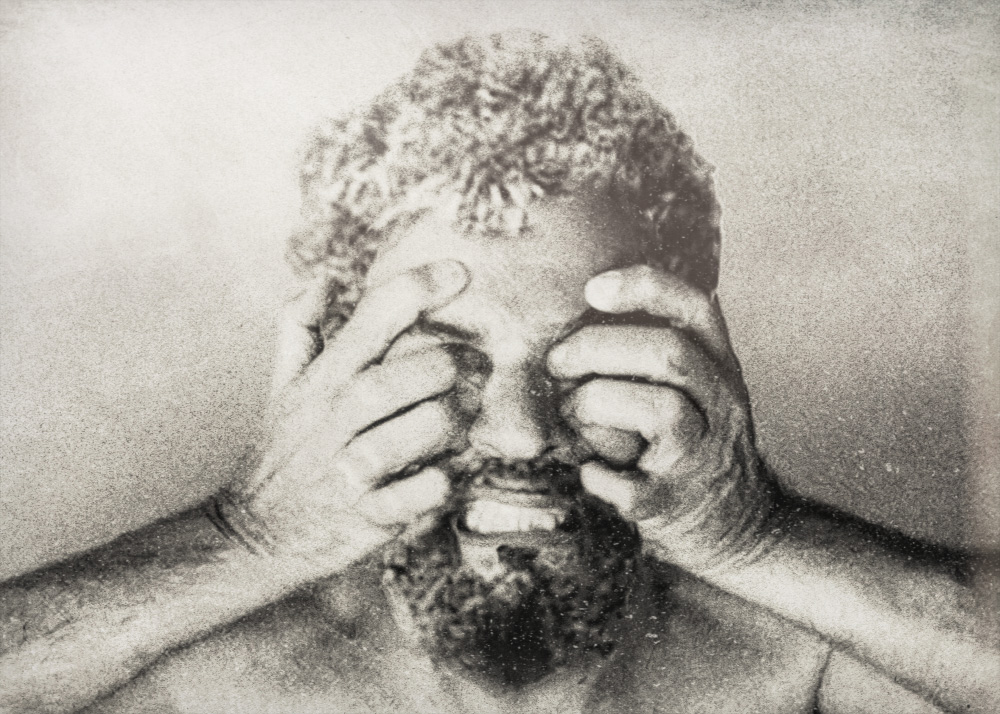